The museum has finished being refurbished and is now open. It is free entry and is open all weekend (and we will be open every week on Thursday, Friday and Saturday)from 10am to 4pm. On our opening day we have had several visitors who took interest in the exhibits including a family group which enjoyed the hands on activities and visitors inquiring about the information we had on their relatives who lived in Malton. We would like to have as many visitors as possible so please come down and take a look as our friendly and approachable volunteers will be happy to make sure you enjoy your visit. 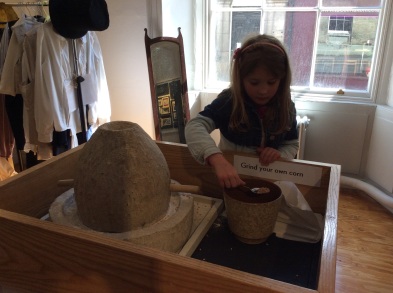 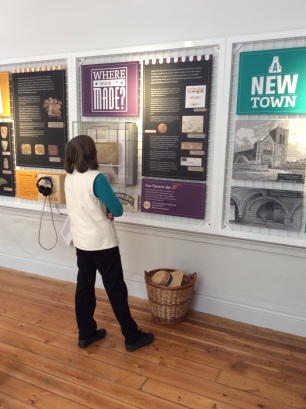 As part of the Arts council England bid we have been exploring how to upgrade our retail area including new packaging and notebooks. 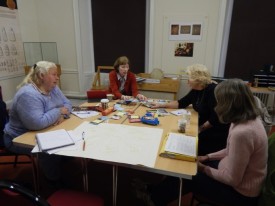 A new leaflet has been completed and we are now planning our family trail with a caricature of Fido our museum dog.

Look at what we found

To celebrate the end of one year and the start of another we held a thank you event. Reflecting on the previous year and sharing plans for the coming year.

We have been working with a school focus group on a evening. to create a digital and physical handling box. 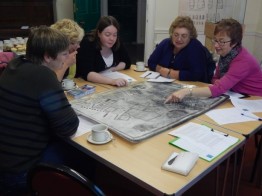 Roman Medicine Talk. On the 15th of July 2016 Dr Nick Summerton gave a talk on Roman medicine with the chance to get hands on and have a go at your own stitching.

Liberteas. On Sunday 14th June 2015, we celebrated the 800th anniversery of the signing of the Magna Carta with tea and guest speakers.

Tours and Talks. On the 18th of July 2015, Dr Pete Wilson led two tours of Orchard fields, the site of an old Roman fort

Secrets From the Store. On the 25th of June 2015, Dr Justine Bayley joined us to explore our collection and to handle some of the objects.

Community Outreach. On the 1st of July 2015, we attended Ryedale Folk Museum as part of the Science, Technology, Engineering, and Math day which was attended by 6 schools from the local area. We explored Building Bridges and how the Romans built there bridges. We also visited several libraries including Helmsley (4th August), Kirbymoorside (5th August), Pickering (24th August) and Pickering (25th August). At the libraries we discovered and shared how the Romans wrote and recorded their history.

Family Events. We delivered four family workshops during July and August including; a a clay workshop, a Saxon Prince and Princesses workshop and a weaving workshop.

October half Term. During the October half term we ran two groups, one on discovering the past and another on how to be an archaeologist